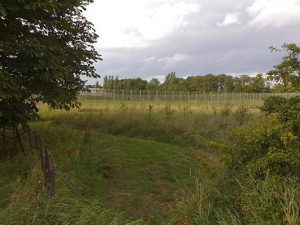 The government recently announced the six prisons piloting their prison reform scheme. Over the course of the next six weeks, we’ll be reviewing the prisons in question. We’ll take a look at their past performance, and in the future, we’ll comment on how successful the prison reform has been.

HMP Kirklevington Grange is the second prison that we’ll be examining in this series. It’s a relatively small category D open prison, capable of detaining up to 283 inmates. Situated in North Yorkshire, it’s a resettlement prison, designed to cater for male offenders reaching the end of their sentence.

Kirklevington Grange prison has enjoyed a good reputation in recent years, with previous reports noting the fair and respectful atmosphere inside. It’s also been praised for its good links between the prison and the local population – and the good employability prospects for inmates. A 2011 report declared that it provided a safe environment and achieved good standards in health care, catering and nurturing diversity.

As one of the UK’s better performing prisons, Kirklevington Grange is an appropriate choice for the pilot reform scheme. Despite experiencing one prisoner escape in 2014, it maintains an excellent reputation, which reduces the risks associated with adopting an innovative new approach.

How Will the Reform Affect HMP Kirklevington Grange?

The changes, which have been branded by the government as ‘the biggest shake-up of prisons since the Victorian times’ are focusing on better rehabilitation for inmates – with greater governor autonomy, better education and less limitations imposed by policies. The goal of the prison reform scheme is to reduce levels of reoffending.

Here’s a few details about how the reform changes will impact Kirklevington Grange:

What will the Outcome be for HMP Kirklevington Grange?

It will be interesting to see how successful the reform scheme is in this category D prison, especially as it’s already a high performing establishment with a good reputation. Will the proposed changes boost this performance further, or will it not have any major impact?

It will be interesting to see whether the prison can improve further under the new scheme, and if so, to what extent.